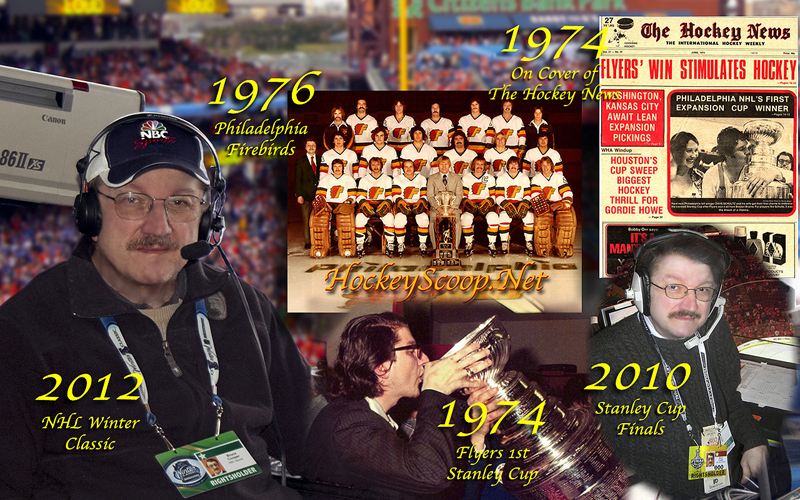 "First always respect the game, remember its history, and honor those who came before you..." 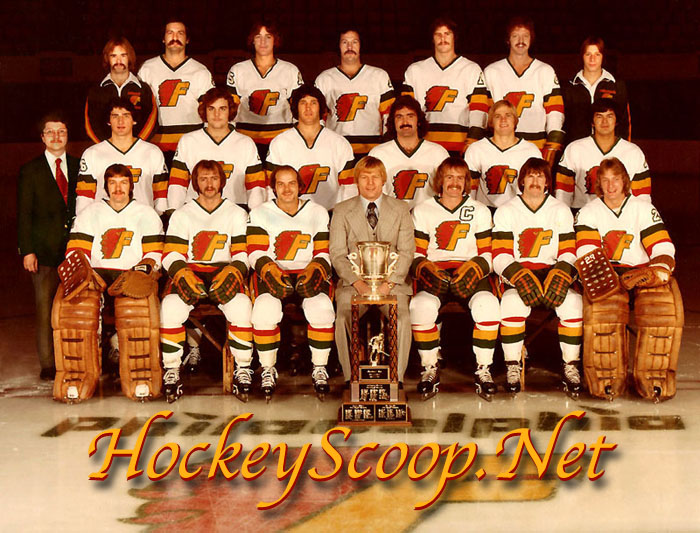 
...I have worked in pro hockey in Philadelphia and Hershey (Philadelphia Flyers, Philadelphia Phantoms, Philadelphia Firebirds, Hershey Bears) since 1969 as a freelance writer, PR man, historian, statistician, and in radio/TV broadcasting. I have written well over 2,000 articles (many for team programs of the Philadelphia Flyers (NHL), Philadelphia Firebirds (NAHL), Hershey Bears (AHL), Richmond Robins (AHL), Maine Mariners (AHL), and others, as well as three books on hockey -- "Conditioning for Hockey: Year Round" (co-authored with Pat Croce) Leisure Press, 1983; "The Hockey Trivia Book" (co-authored with Gene Hart) Leisure Press, 1984; and ten chapters in "Professional Sports Teams Histories - Hockey"Gale Research Co., 1994. (In addition to my hockey books, I have written and/or edited four books on North American (US and Canada) railroad history including "Riding the Transcontinental Rails: Overland Travel on the Pacific Railroad 1865-1881" Polyglot Press, 2005, 445-pages, Illustrated. and "The Classic Western American Railroad Routes" (320 pages, Illustrated). I have also appeared extensively in two documentary films relating to the history of the NHL Philadelphia Flyers: "History of the Philadelphia Flyers" (Warner Home Video, 2007) produced by NHL Productions, and "The Broad Street Bullies" (HBO Sports, 2010) and am currently co-producing a feature length documentary film on the life and times of my long time broadcasting colleague and close personal friend, the late Hockey Hall of Fame "Voice" of the Flyers, Gene Hart. In my various capacities I worked and/or attended over 3,000 professional hockey games. 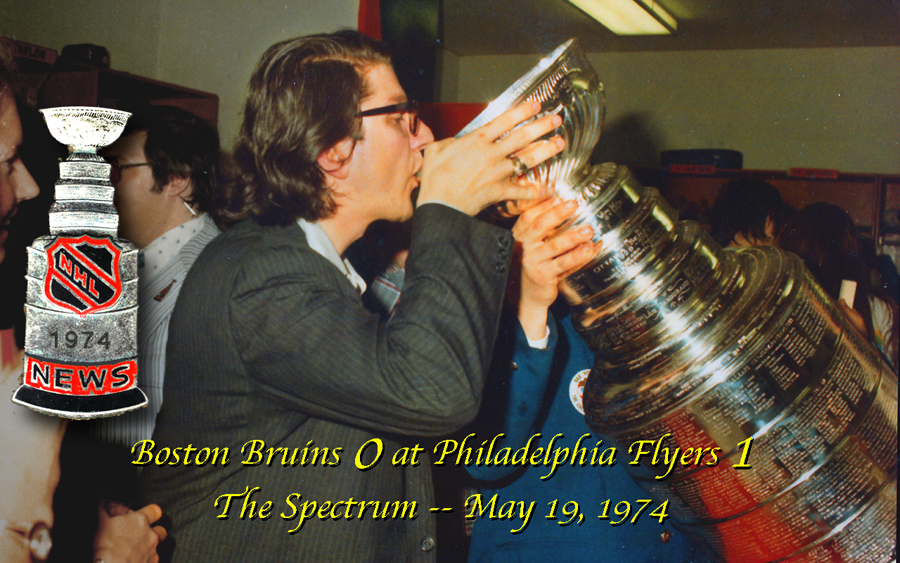 Drinking from the Stanley Cup in the Flyers' lockerroom in the Spectrum on May 19, 1974. 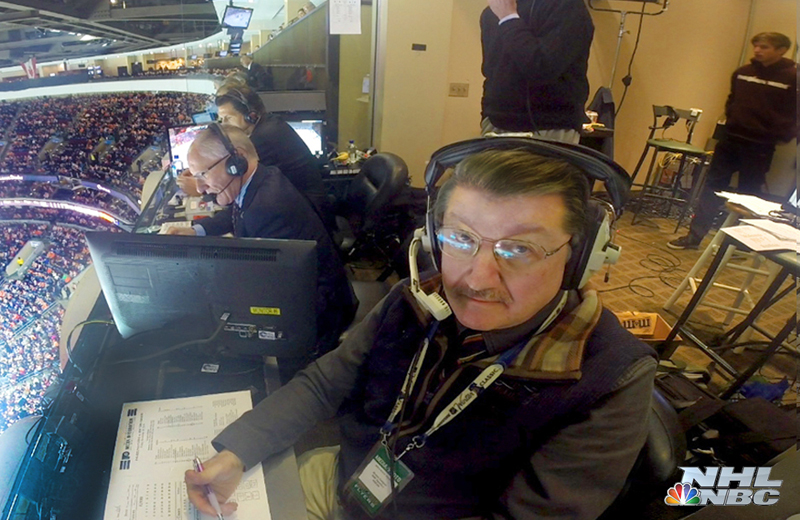 Working an NHL on NBC telecast of the Philadelphia Flyers with Doc and Edzo. 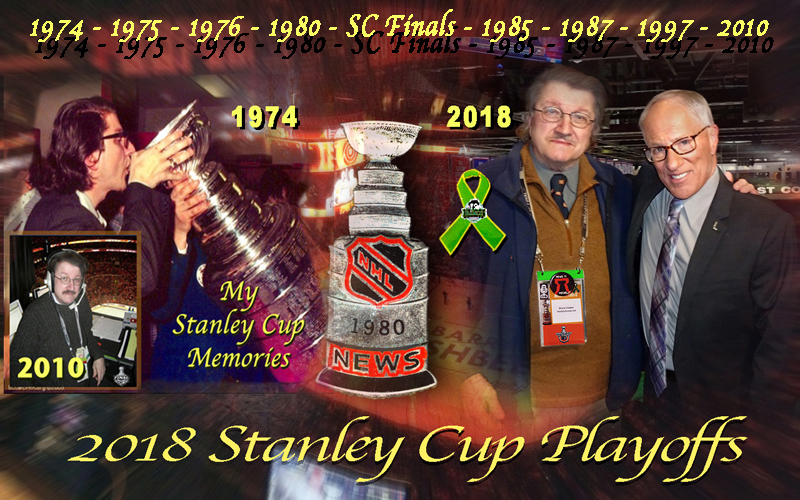 Some of my memories from eight Stanley Cup finals between 1974 and 2010.


Click on the links below to see
some of my Hockey History Pages...

Frank Mathers: Thanks for the Memories....

The Philadelphia-Hershey Hockey Wars of 1938-39

A Concise History of the American Hockey League
& Minor Pro Hockey in Philadelphia: 1927-2009

Appearance on "The Heart of the Rink Hockey Show"

Interview of Mike "Doc" Emrick of the NHL on NBC

Interview of Kenny Albert of the NHL on NBC 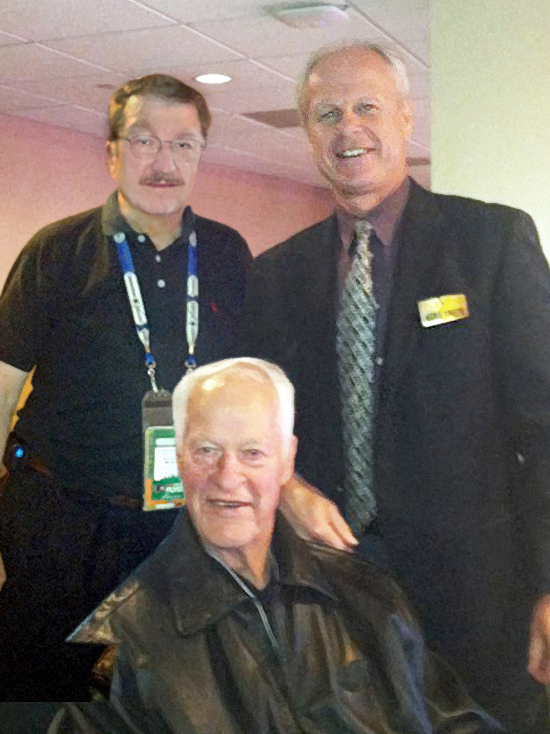 In the Philadelphia Flyers' pressbox with two good friends of many decades:

***
See also some of my other websites: